Following the massive success of ‘Buga,’ Kizz Daniel and Tekno seem to have something special for fans once again.

Talented artists Kizz Daniel and Tekno who released arguably one of the biggest songs of 2022 have shared a video that held a special announcement and message just for fans and music lovers.

The video showed the two artists in a studio session working on a new project together.

This has had fans excited following the massive success of ‘Buga’ as it became the most shazamed song in the world and also held the number one position on the Apple Music Top Songs Chart in over 12 countries at the time of its release. 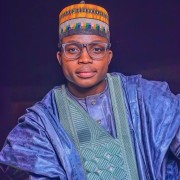 Hello my Fallowers My Name is_Real_Auwal_Telan Gayu_ C.E.O_Founder OF_MR ATG News.com_my followers this is Whatsapp number_ 09133596443_ Only Whatsapp number Don't call me just send me your message Thanks