The Academic Staff Union of Universities (ASUU) President, Prof Emmanuel Osodeke, announced on Monday that the strike had been extended for another twelve weeks.

The ASUU president said the decision was made to give the government adequate time to resolve all remaining concerns with the lecturers, in a statement issued after an emergency National Executive Committee meeting of the organization on Sunday at the University of Abuja.

ASUU also voiced displeasure with the three-man panel appointed by President Muhammadu Buhari in February to end the ongoing strike.

The extension comes only days after the Federal Government announced that discussions with striking academics would begin this week.

Chris Ngige, the Minister of Labour and Employment, stated this following a meeting with the National Association of Academic Technologists on Friday (NAAT).

“I manage you folks in small degrees as a conciliator.” As a result, I’d like to take a holistic approach to all of you, and I’d appreciate your cooperation. Ngige said in a statement released by the Federal Ministry of Labour and Employment’s acting spokesman, Patience Onuobia, that “after I conclude with you today, I will continue with ASUU next week.”

“I completed NASU and SSANU yesterday, and they were pleased with the results. As we leave here, I want all of you to be happy. 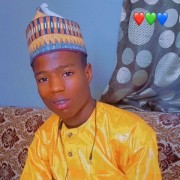 Best Way To Change Your BVN Name, Date Of Birth, And Phone Number

Best Way To Change Your BVN Name, Date Of Birth, And Phone Number